Let's say you had the choice between 2 options:

Option 1) A high GPA (4.0) with little to no extracurriculars (ECs) beyond clubs at school and regional awards

Option 2) A relatively mediocre GPA (3.6) with significant extracurricular involvement and awards (at the state or national level)

While you may be tempted to argue that Option 1 shows evidence of a much more intellectually capable and hard-working student, you'd be wrong.

Option 2 is preferable for college admissions, but not for the reason you’d expect.

The most common way to get into a selective college is to have a “spike,” i.e. a world-class talent in one specific area, or several notable (non-world-class) talents in multiple fields. 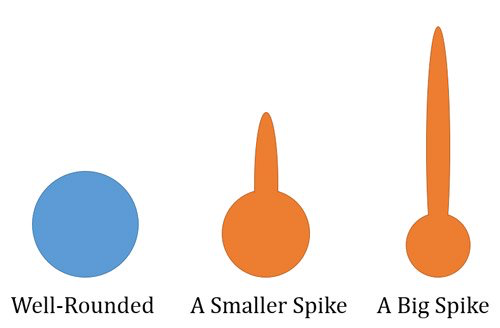 Colleges want students farther to the right of this spectrum. (Image Source)

For example, winning an International Math/Physics/Bio Olympiad, placing 1st in the country at the national debate championships, or writing and publishing a novel would be “spike” attributes that give your application the eye-catching pop that admissions officers love. 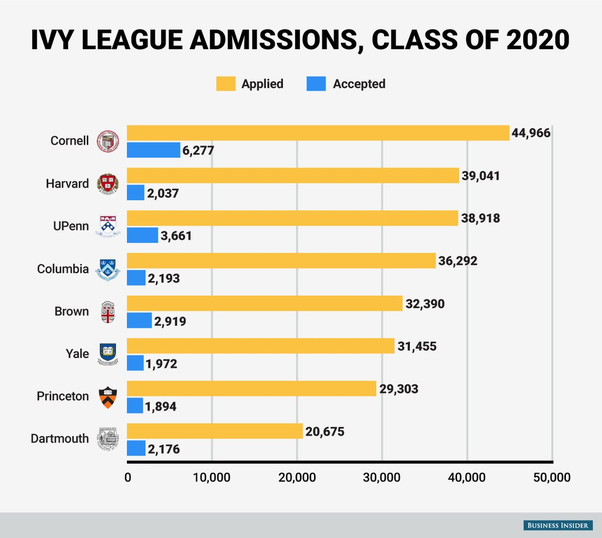 Ivy League Admissions statistics for the Class of 2020 (Image Source)

Colleges want to know that the students they accept will go on to change the world and make their college even more famous. Applicants who’ve already changed the world through their “spiky” talents are often the safest bets.

Option #1 clearly does not qualify as a “spike.” Simply running the numbers reveals this:

Thus, Option #1 will never be the primary reason why an Ivy or highly selective college selects you. Having a high GPA is the first hurdle you need to clear to get accepted into a selective college — it isn’t what gets you in.

If you’re just a GPA, then, unfortunately, you have virtually no shot at a highly selective college — it just doesn’t differentiate your application. 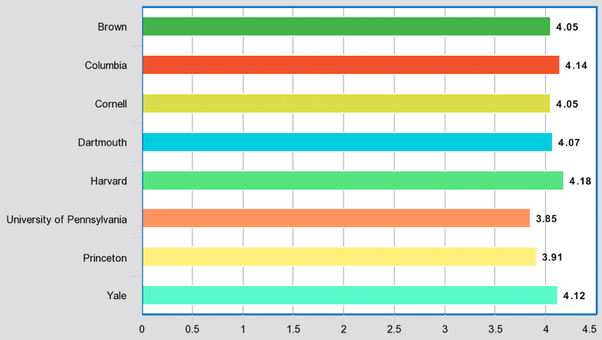 However, all hope is not lost.

Based on my experience with admissions, high-GPA-only students have gotten into Harvard, but it has always been through the strength of the other aspects of their application — (1) teacher and counselor recs, (2) essays, and (3) interview.

Unfortunately, you have no direct influence over your teacher recommendations, and the interview can be a crap-shoot depending on how well you click with your interviewer.

Thus, the essays are your best chance to frame your application in the best light possible and convey why you and only you can add something uniquely meaningful to the incoming class.

As Logan Powell, Dean of Admissions at Brown University, once said:

“The essay is one of only two places where the student can tell us exactly who they are, in their own words (the other place is the interview).”

If you want additional personalized feedback on your essays and direct help from current Harvard students, check out the services we offer .

That leaves us with Option #2.

Though “low GPA” could be disqualifying in and of itself, if “low GPA” is meant relative to the typical Ivy League applicant (i.e. a 3.6–75), then it is definitely still possible that you could qualify for admission.

Simply participating in many student clubs or doing charity work for 5 hours a week doesn’t count on a college application. Anyone can put minimal time and effort into many different activities. Unless you have a leadership role, started the extracurricular you’re involved in, or grew it substantially, it doesn’t really count — imagine how many “debate team captains” there are in the US. 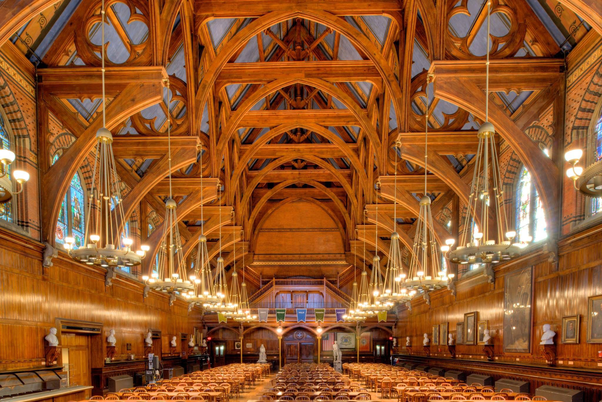 Similarly, having “high grades in standardized tests” won’t get you in anywhere. Having bad scores is disqualifying, but the opposite is not true. 10,000’s of applicants have great scores.

Finally, having “honors in several prestigious competitions” doesn’t mean much unless these are well-respected competitions and your honors occurred at the state, national, or international level.

Personally, if forced to choose, I would much rather be in Option #2. Obviously, it would be ideal to be the complete package.

Importantly, though, what will tip an application stuck in Option #2 towards either acceptance or rejection will be the rest of your actual application — teacher and counselor recommendations, interview performance, and essays.

In order to stand out, you must work extremely diligently on your essays.

As David Jiang , an Admissions Officer at Dartmouth College, has written:

"As an admissions officer reading hundreds of applications and essays in a short period of time, it takes something unique or memorable for an application to stand out at the end of the day.”

These three factors determine the “Personal Qualities” rating of your application.

They add a human dimension to your application that can help set you apart from the stack of nameless papers on an admissions officer’s desk.

They are your best chance to make the case for why your unique combination of personal qualities, interests, and motivation makes you especially well-qualified for the incoming class and can be the difference between acceptance and rejection.

Tl;dr: While Option 1 has no real chance without an incredible application, Option 2 could be a promising candidate. That, however, assumes the GPA is not too low (relative to the average admit of the college) and the essays, recs, and interview go well. 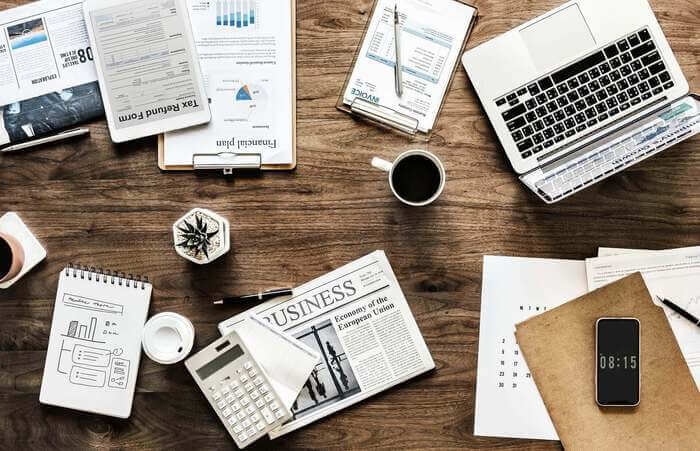 The majority of college applicants apply to universities during the Regular Decision (RD) round. Schools often close their RD rounds during January, with a notable exception being the University of California system, which requires applications to be in by November 30th. RD applicants tend to hear back in March or April, and unlike the Early Decision round, there are no restrictions on the number of RD applications one can submit.

Whether you’re interested in Harvard, NYU, or Stanford, be sure to check out the Regular Decision deadlines below and our essay revision services! 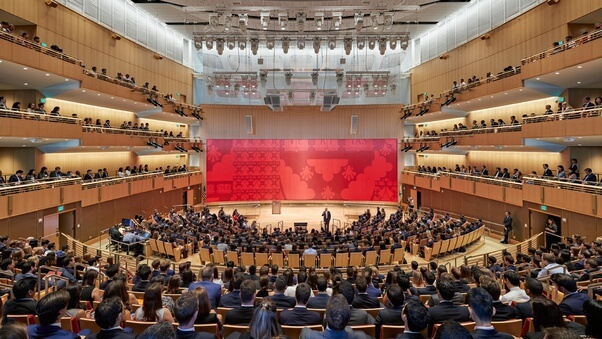 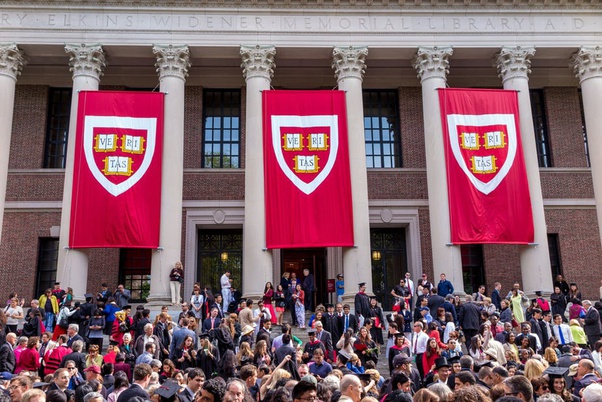