What is the Ivy League? 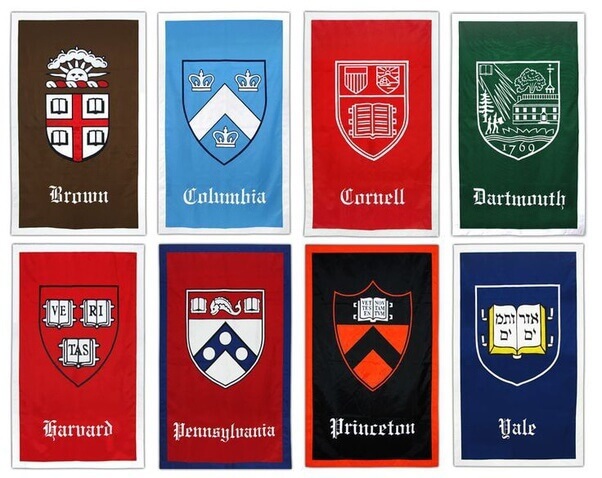 In this post, we'll clear up your confusion about all things Ivy: the Ivy League, Potted/Little Ivies, Public Ivies, and how Stanford/MIT fit in.

The Ivy League is an athletic conference comprised of 8 private universities located in the Northeast.

Listed roughly in order of prestige, they are:

These schools are all highly selective, have huge endowments , and have a reputation for being the best universities in the US. Brown has the smallest endowment at $3.6 billion, while Harvard has the largest at $38 billion.

They are also some of the most historic colleges in the US - all were founded before the US was even a country with the exception of Cornell (1865). In fact, Harvard was the first institution of higher learning established in the US way back in 1636, over 100 years before the Revolutionary War. 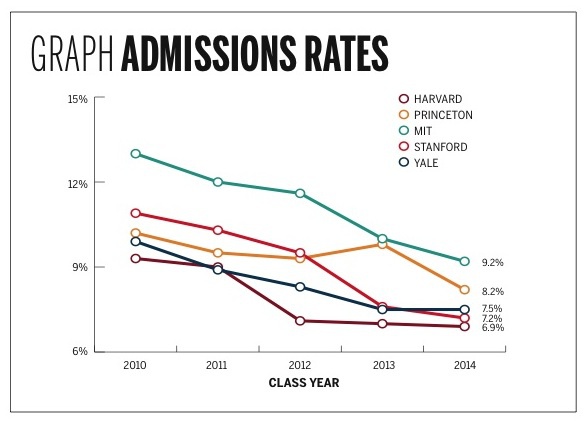 MIT and Stanford are equally as competitive as the most prestigious of Ivy League colleges. (Image Source)

There are also colleges that are not technically "Ivy League" but have a reputation for being equally as good, if not better than, the true Ivies.

You’ll frequently hear "HYPSM" being used to refer to the 5 "best" colleges in America. The “HYP” is Harvard/Yale/Princeton, while the “SM” are: 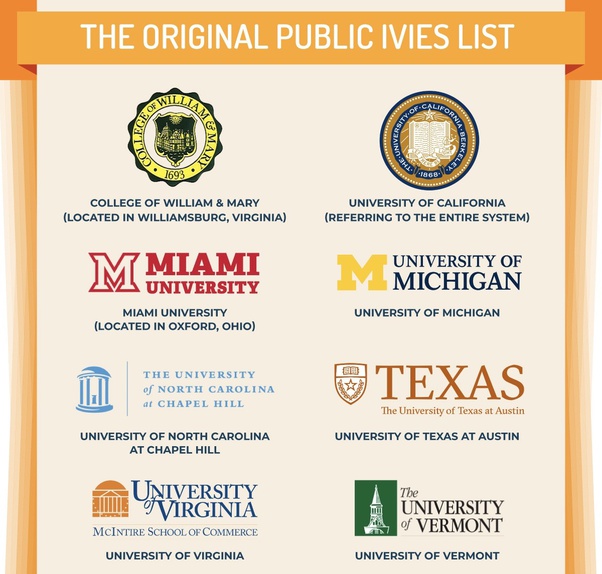 The original list of "Public Ivies" published in 1985. (Image Source)

Additionally, there are several public state colleges known as "Public Ivies" due to their strong record of research and academic excellence.

They are also often cheaper for in-state applicants than the Ivies. The term was first coined in 1985 by UCSC Dean of Admissions Richard Moll to describe the following schools : 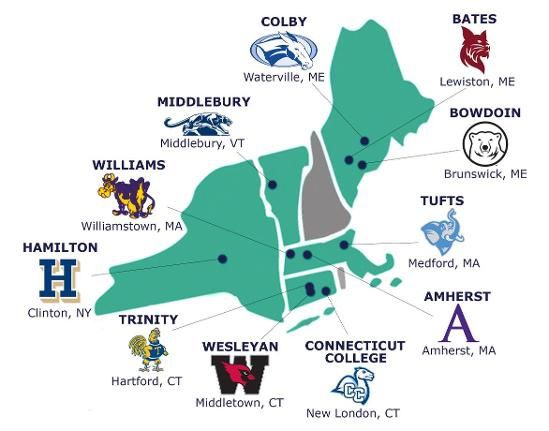 Like the Ivy League, the Little Ivies are all located in the Northeast. (Image Source)

Finally, the "Potted/Little Ivies" are a collection of small liberal arts colleges located in the Northeast.

While a step down from the Ivies in terms of reputation, they are still very strong academically, and are known to be more student-focused than Ivy League colleges due to their smaller size.

They belong to their own athletic conference , the NESCAC, and are as follows:

Hopefully this helps shed some light on what other students, parents, and college counselors mean when discussing the "Ivies."